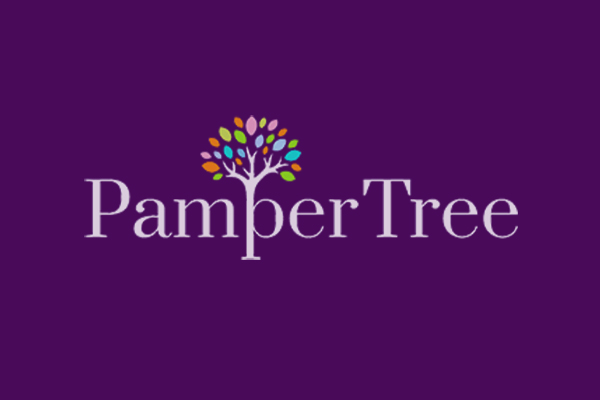 If you are looking for somewhere that offers a wide range of high-tech skincare and anti-aging treatments on top of traditional beauty services, facials and hair removal, Adorez Medispa and Laser Clinic is the place for you. The team of qualified and experienced staff are here to take care of your every need and bring you the best results using some of the best brands in the business. This clinic can be found in Northenden. Unfortunately, it is not wheelchair accessible. Aesthetically Beautiful By Elliah is a warm, inviting home-based salon specialising in semi-permanent makeup and offering a range of waxing, brow and lash services to compliment the salons signature treatments. Elliah is passionate about helping women feel their best, and knows that a fierce set of brows can go a long way. Fully trained in semi-permanent tattooing techniques, Elliah offers clients a range of options from different brow styles to lip colour for a perfect pout. Clients love the personable attitude and warm welcome they receive from Elliah and the results speak for themselves. Located in Cheadle Hulme, Aesthetically Beautiful is easily accessible by bus and train with Cheadle Hulme train station a twelve minute walk from the salon. Beauty & Aesthetics by Mina offers a range of treatments including waxing, massages and facials in Worsley. Beauty Boutique, the jewel of Rochdale. This modern venue offers a relaxed and chilled atmosphere where you can enjoy the services of experts in peace. Using only the top products from brands like Jessica, Jessica Geleration, lash perfect, Fakebake, Rose and Caramel, Beautylab, Elysion, N.S.I Cliniccare and Jane Iredale, you can be sure of long lasting results every time. Enjoy one of their many treatments, including massages, hair removal, spray tanning, manicures, and more, all performed by a dedicated team of experts. With free parking nearby and a bus stop outside book today and enjoy the new you at Beauty Boutique. A lovely beauty room situated within the stylish Best Wishes Salon, Beauty Works by Anna brings clients a combination of modern treatments and classic favourites for the ultimate beauty experience. With mani-pedis and waxing sitting alongside innovative luxury microdermabrasion facials, Anna loves to pamper clients and make them feel incredible. Easily accessible via public transport, with bus stops along the road and Hazel Grove station a short walk away, the Stockport based beauty room is perfect for an afternoon pamper session. Belleza Salon is located on Mauldeth Road, just opposite Old Moat Park and offers a wide range of beauty services, including nails, tanning, and lash and brow treatments. The highly trained and dedicated therapists ensure each client receives a top quality service in this cosy and welcoming lounge, delivering flawless and long lasting services at an affordable price. Based in Manchester, Bloom Beauty Bar offers a wide range of beauty and nail treatments. Conveniently placed on Canal Street, this relaxing and professional salon awaits you. Whether it’s a stress-free wax or a long-lasting manicure, you can find it at Bloom Beauty Bar.

Situated in Reddish, Manchester, Body Fixers is a state of the art Beauty Clinic providing a wide range of innovative and relaxing treatments for men and women, including Russian volume lashes, glycolic facials and soothing massages. Their highly trained and dedicated team of therapists are committed to providing an outstanding customer service to each and every client and have created the perfect environment in which you can sit back and unwind before receiving a top quality treatment with flawless and long lasting results, guaranteed to leave you feeling refreshed and rejuvenated every time. Situated in Stockport, Boutique Lounge is a newly found salon offering a wide range of hairdressing services including cuts, colours and styles as well as a selection of beauty treatments such as gel nails. Boasting over 2 decades of experience, the highly trained and dedicated team are passionate about providing every client with a top quality service. They combine knowledge with the use of high quality brands like Wella and Bedhead TIGI to ensure a flawless and long lasting finish every time.

Situated on School Lane, Elite Nail & Beauty Studio offers a wide range of premium services at a fantastic price. Based above M J Leeming Opticians, they provide a private retreat where you can escape the hustle and bustle of everyday life and unwind in indulgent bliss. The team of highly trained and friendly beauticians and therapist are on hand to tailor treatments, advising and guiding you, before, during and after services to ensure maximum and long-lasting results. They boast a wide and varied menu that covers everything from HD Brows to Hollywood Waxing, guaranteed to fulfil all your beauty needs and leave you looking and feeling on top of the world.

Recent research revealed that ladies underarm waxing in Manchester was important to more women than any other area of the body, even in summer this included bikini waxing, it was a close call but with 67% getting rid of underarm hair as a priority and 66% going for bikini waxing, a winner by a hair’s breadth perhaps! Of course, most women want to be beach ready, but even if you are stuck in the city, sleeveless dresses and bare legs make waxing vital for most.

Recent research revealed that ladies underarm waxing in Manchester was important to more women than any other area of the body, even in summer this included bikini waxing, it was a close call but with 67% getting rid of underarm hair as a priority and 66% going for bikini waxing, a winner by a hair’s breadth perhaps! Of course, most women want to be beach ready, but even if you are stuck in the city, sleeveless dresses and bare legs make waxing vital for most.

Find the perfect treatment for you!

Of course, there are other options for hair removal, but the most popular and effective is this. Not only is the result super smooth for up to 4 weeks, but you have no razor nicks, irritation or ingrowing hairs, from shaving. Many people find that depilatory creams are not 100% effective and can cause allergies in some. Some people do experience a reaction to wax but this is rare, in such cases alternatives such as electrolysis may be the best alternative as it works well on both dark and light coloured hair. PamperTree lists the salons you can visit to make you summer ready with super smooth skin.

Best Places for Hollywood waxing in Manchester, Claim Up to 70% off.

Aftercare is simple, there may be a little redness initially, but just keep cool, no workouts or running for 24 hours, avoid taking your shower on too hot a setting and avoid deodorant until a full day later.  If you find the area to be a little sensitive after your session, remember that with repeated sessions the client tends to be less sensitive each time and that includes that moment of pain as the wax comes off. As waxing weakens hair growth you will soon find that your appointments become less frequent because of less hair growth.

Find the best salon for you!

As with so many waxings the time involved is short to get those hair free results and the cost of a ladies underarm waxing is just around £10, so very inexpensive for such great smooth skin. Salons near Manchester central, the Arndale Centre, or the Trafford Centre will be very handy for fitting in your appointment after work or while shopping, or if you live further out of the city centre then you will easily find an aesthetician for underarm waxing near you by entering your town name or postcode.

Get Deals Up to 70% Off - visit our laser hair removal in Manchester page.

The reviews from previous clients will give you the confidence you need to take that step towards ladies underarm waxing. Manchester clients going for the first time were all certainly as nervous as you, but once they have discovered how great this type of hair removal is, they never look back. Some Manchester ladies have even called it a life changing treatment!

Which type of wax is best suited for underarms?

The popular spas and beauty salons allow you to choose from hard wax and soft wax. Unlike soft wax, hard wax needs to be melted using heat. Hence, hard wax will make the underarms look messy after the waxing session. But the experienced beauticians always use hard wax while removing hair from sensitive areas like the underarms. In addition to keeping your skin safe, hard wax will help you to reduce waxing pain.

How often should my underarms need to be waxed?

While waxing your underarms, the spa therapist will remove the unwanted body hair from the follicles or roots. Hence, your underarm will remain hair-free from about three to four weeks after the waxing appointment. Also, the underarm hair growing after the waxing session will appear finer and lighter. But you must get the underarms waxed after four weeks as the body hair grow back.

How to wax my underarms without experiencing more pain?

You can easily experience less pain during and after the underarm waxing session only by preparing the skin and body hair properly before the waxing appointment.

How to take care of my skin after the underarm waxing session?

The spa therapist will help you to prevent skin irritation and infection after waxing the underarms. But you must take care of the skin properly after the waxing session by following simple aftercare instructions.

While waxing the underarms, the spa therapist removes the unwanted hair from the follicles. The procedure makes the cells generate more pigments by causing an inflammatory reaction. The additional pigments often make your armpits appear darker. But you can easily restore the natural colour of your underarms by exfoliating the skin every two to three days. You can even consider exfoliating the underarms using whitening scrubs.